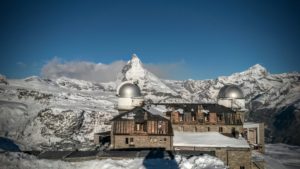 The potential energy surface (PES) is a central quantity in the modelling of materials properties. Ab initio total energy methods like density-functional theory are increasingly used to probe the PES in order to determine not only the equilibrium configurations of particular systems, but also potential energy barriers for certain processes and/or attempt frequencies. The goal of the workshop was to discuss current issues and perspectives in the underlying theoretical concepts and methods, as well as corresponding applications in the fields of heterogeneous catalysis, crystal growth, or biophysics.

After successful meetings in 1994, 1999, and 2005, the workshop stayed within the interdisciplinary tradition of the PPES series and brought together scientists with different backgrounds, e.g. in condensed matter physics, materials science, computational physics, chemistry, and industry. Experts of the field of total-energy calculations, scientists who develop or enhance methods, and those who apply the information gained by these techniques had the possibility to exchange ideas and experiences.

A special focus of the PPES-IV workshop was on big-data-driven materials science, e.g. the Materials Encyclopedia and the development of Big-Data Analytics tools for materials science of the NOMAD Center of Excellence.

Deliberately, the session “Materials big data the concepts, infrastructure and applications” was set to the very beginning of the workshop as the major future challenge of the field lies in the utilization of large-scale electronic-structure calculations and machine learning to solve the pressing questions of mankind like developing a carbon-neutral and energy efficient industry. PESs can be input to, as well as output of, machine learning approaches. Machine learning can also be used to reduce the dimensionality by predicting collective variables for both, sampling and plotting of a PES. The speakers Matthias Scheffler, Fawzi Mohamed, Emre Ahmetcik, Georg Huhs, Johan M. Carlsson, and Hagen-Henrik Kowalski covered a variety of different topics and open questions of the field.

It followed two sessions on “Electron-phonon coupling” and “Semiconductor / photovoltaics and excited states” respectively. In realistic materials, like catalysts or also in semiconductors and photovoltaics, excited states and the coupling between electronic and nuclear motion (electron-phonon coupling) play an important role, for example in electronic spectroscopy or in thermal transport. Methods to incorporate such effects were covered by the speakers Stefan K. Estreicher, Christian Carbogno, Claudia Draxl, Friedhelm Bechstedt, and Axel Groß.

During the session on “(Bio)molecules and water”, ways to sample the structure space of biomolecules and the pitfalls when it comes to a sufficiently accurate description of their energetics were discussed, as well as the peculiarities of describing “water”. Speakers were Roberto Car, Carsten Baldauf, and Mariana Rossi.

The final session was dedicated to “Surfaces: nanostructures and catalysis”. Heterogeneous catalysis is a classical example for the usefulness of a PES point of view. A particular focus of this session was the realistic treatment of catalysts by incorporating defects and the assessment of alternative reaction pathways by means of the topology of minima, transition states, and bifurcations. The speakers Harald Brune, Christian Ratsch, Bryan Goldsmith, Karl-Heinz Ernst, Hong Li, Weiqi Wang and Sergey Levchenko covered a wide variety of questions in different systems.

The entire program of the workshop, including the titles of the presentations can be found here:

The workshop took place  April 10 – 15, 2016 in Zermatt and was organized by Matthias Scheffler and Carsten Baldauf.