For information about the participants and the discussed topics, please have a look at the workshop website https://eldebaap-workshop.ethz.ch and at the report. 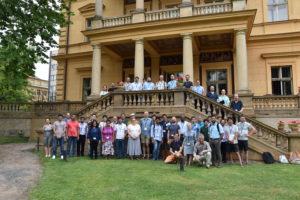 DFT constitutes undoubtedly one of the most brilliant quantum theories developed so far, used worldwide and with outstanding applications in many scientific fields. The conference covered all range of topics, from cutting-edge developments to fascinating applications and discoveries, bringing together scientists from all around the world and from many related fields.