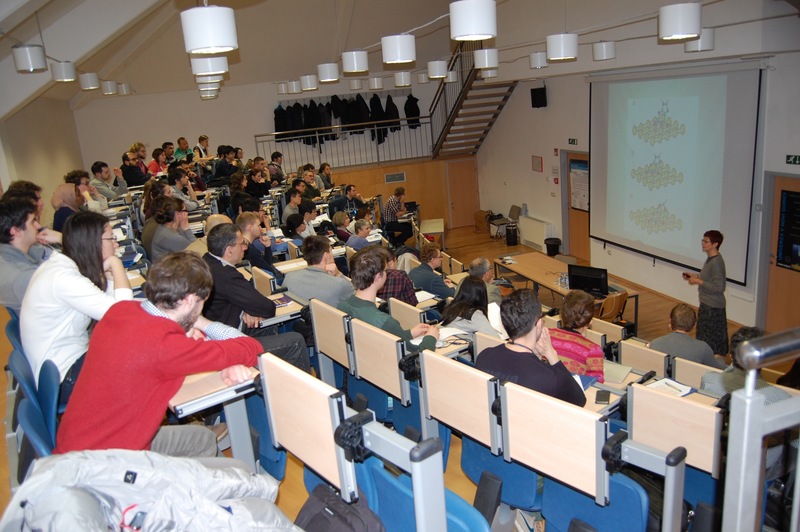 In the afternoon, the network infrastructures of the University of Nova Gorica and the computer facilities provided by the Chemical Department of the University of Munich have been intensively tested by 46 trainees running remote computer simulations. Peter Blaha explained in a very clear and easy way, how to calculate core-level shifts from first-principles all-electron approaches, using the Wien2k code. The first training day ended late in the afternoon. 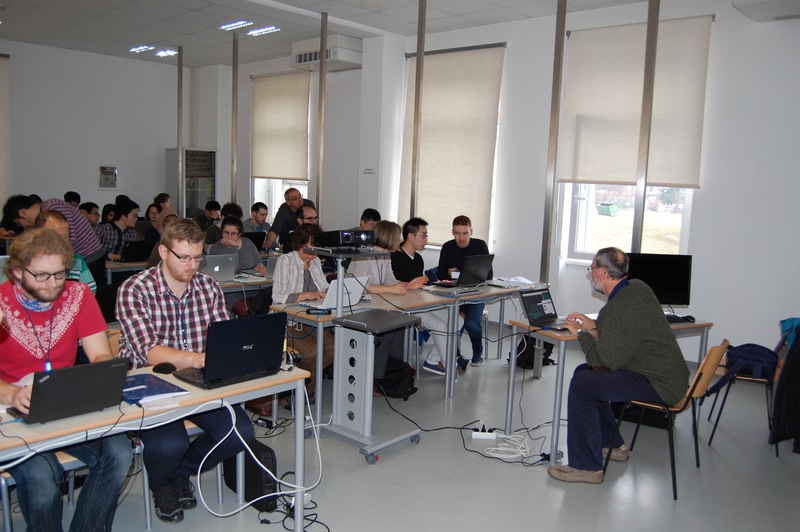 On Tuesday, the program smoothly continued and the local organizers got some time to breath. On Wednesday Frank de Groot introduced core level spectroscopies and Cécile Hébert presented recent developments and new perspectives of EELS. After the “Wine tasting at poster session” on Wednesday evening, we noticed a marked difference in the overall school atmosphere: maybe the wine, maybe the whether helped in promoting friendship and scientific discussions. 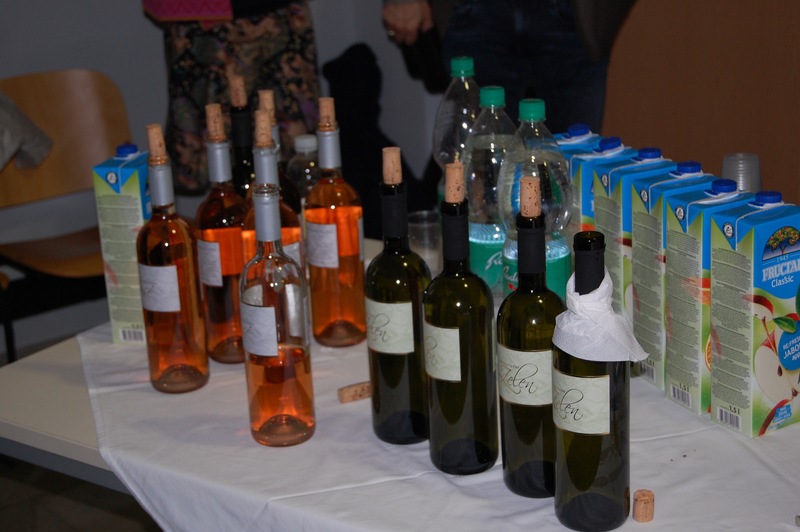 On Thursday and Friday morning Stefano Baroni explained DFT approaches for spectroscopies and made excitations get “colored”. The afternoons were dedicated to pseudo-potential approaches with hands-on sessions. Stefano de Gironcoli explained the use of Quantum ESPRESSO and almost missed his train to Zagreb plotting 3D crystal structures on a blackboard. Guillaume Radke and Nadejda Mas showed how to model X-ray absorption spectra with XSpectra package using the GIPAW formalism.

After a hard week, finally the weekend arrived. A group of trainees went to visit one of the national parks: the Skocjan caves (a karst cave system that is on UNESCO list of the natural heritage sites) guided by one of the local students Matija Stupar. 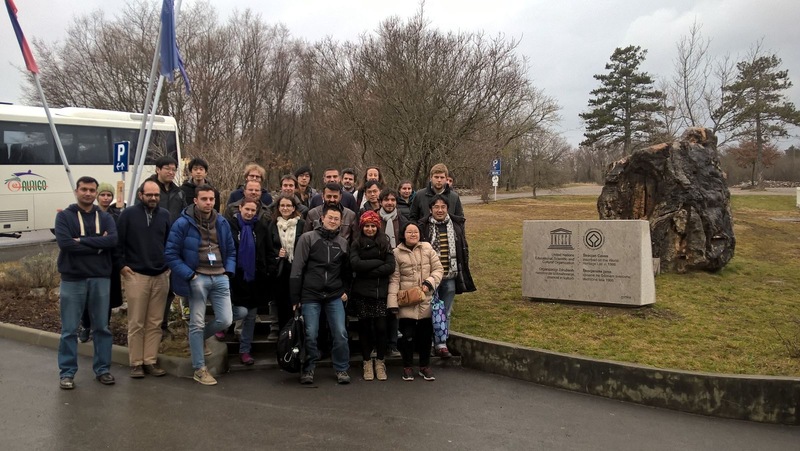 On Monday the 8th, the participants visited the Elettra Synchrotron in Trieste (Italy). 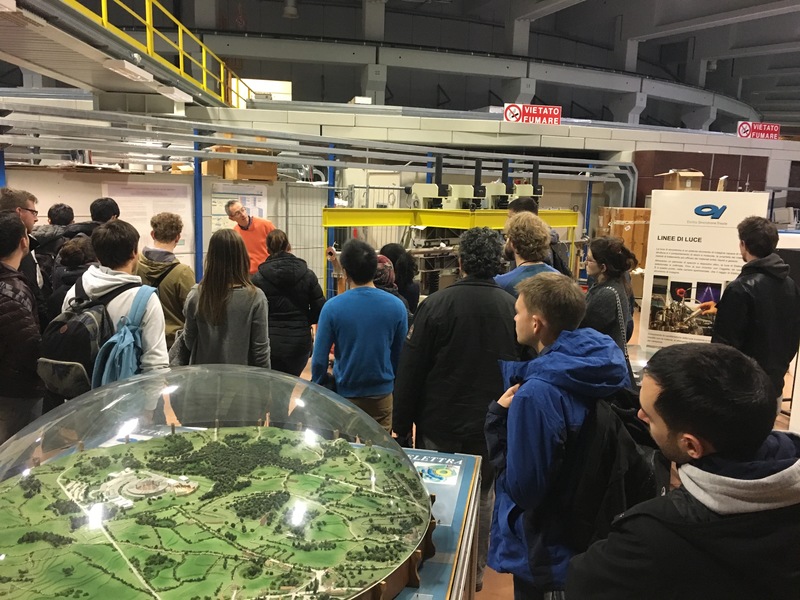 On Tuesday the lectures continued, this time with more emphasis on the Quantum Chemical perspective, whereas Claudio Masciovecchio presented frontier research at FERMI. The ORCA trainers, in particular Dimitrios Manganas provided a very nice two-day introduction to Quantum Chemical modeling approaches followed by the hands-on courses where he was assisted by Benjamin Van Kuiken and George Cutsail.

Thursday was dedicated to young researchers (ECIs) and Yaroslav Kvashnin animated the round table on STSM. Despite the intensity of the school, the last day was very exciting with many original contributions from the trainees.

Thank you to all participants, to the international committee, to Sasa Badalic, to Rita Römling, to Gerald Derondeau and to all volunteers that made possible the school! We had a wonderful time! Thank you again! 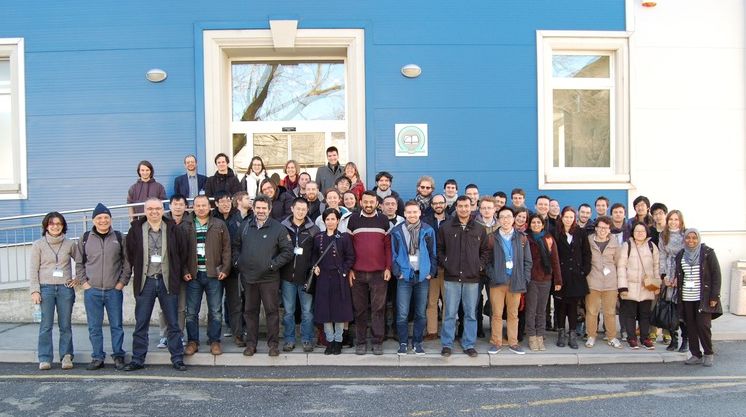 The detailed school program, book of abstracts and presentations can be found at the school webpage: http://ewins2016.ijs.si/.