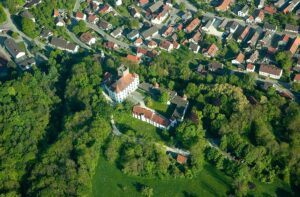 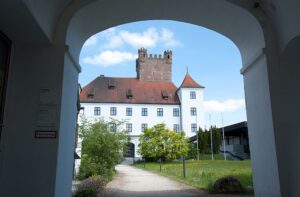 Description of the Event

Due to the importance of electrochemical energy storage for our future sustainable supply of energy, worldwide there are constantly increasing research and development activities with respect to secondary, i.e. rechargeable batteries. Still, due to the complexity of batteries, our fundamental understanding of structures and processes in batteries is to large extent still rather limited. In many areas of science, theoretical and computational modelling plays an increasingly important role, also in the field of battery research. Hence, a close collaboration between experimental and theoretical researchers can be very beneficial. However, from a theoretical and computational point of view, the modelling of batteries is rather challenging due to the complexity of the structures and processes present in the anode, electrolyte, and cathode of batteries and at their interfaces.

In addition, the relevant processes in batteries occur at a wide range of length and time scales, from the nanometer and picosecond scale with respect to the elementary atomic processes upon charge and discharge up to the centimeter and year scale with respect to the operation of batteries and aging and degradation processes. The modelling of structures and processes at these vastly different scales requires rather different theoretical and numerical methods, from quantum chemistry methods on the atomic scale to continuum models on the macroscopic scale. Still, the processes at the different scales are strongly interrelated. For example, any long-term degradation process is initiated and thus based on chemical processes on the atomic scale.

Unfortunately, the scientific communities performing battery modelling at the atomistic and the macroscopic length scale are rather disjunct. Hence it was the goal of the workshop on “Computational modelling of batteries: First-principles quantum chemistry meets continuum approaches” at Castle Reisensburg near Ulm from October 23 to 26, 2022, to bring together world-leading experts of both communities. The first aim was to foster the exchange between the two communities to create an awareness of the theoretical and numerical challenges of the other field. Secondly and almost more importantly, the workshop was intended to inspire collaborations between researchers of both communities in order to allow a holistic theoretical and numerical description of structures and processes from the atomistic to the macroscopic scale.

This workshop was organized by Axel Groß of Ulm University and Arnulf Latz of the Helmholtz Institute Ulm for Electrochemical Energy Storage. Both are also PIs at the Cluster of Excellence POLiS – Post-Li Storage. This workshop was generously supported by the German Science Foundation (DFG), the Cluster of Excellence POLiS, and by the Psi-k Network for electronic structure calculations of complex processes in materials.

The program and the list of participants of the workshop is appended below to this report. In total, 47 participants attended the workshop. 32 of the participants were on the senior level, i.e. on the PostDoc and faculty level. Of these 32 senior scientists, six are affiliated with research institutions abroad, the remaining 26 senior scientists are affialiated with German research institutions. Furthermore, the workshop was also meant to make young scientists on the PhD student level familiar with the world-leading research in both fields. Hence 15 PhD students were also attending this working, many of them with an international background. In total, about half of the 47 participants originate from abroad. 12 female researchers (25%) attended the workshop, and six of the 20 speakers (30%) were female.

The scientific program of the workshop was on purpose not subdivided into sessions addressing the atomic level and other sessions addressing the macroscopic level. The workshop was opened by an evening talk on Sunday night given by Oleg Borodin from the Army Research Lab in Adelphi, USA. He is a world-known expert, in particular with respect to the molecular modelling of electrolytes and was strongly involved in the development of the water-in-salt concept. In his talk, he focused on the molecular scale modelling of battery electrolytes, but in particular with respect to possible decomposition processes at interfaces. The morning session on Monday was characterized by a succession of talks addressing both the atomistic and the macroscopic perspective on battery modelling. The Monday afternoon session was devoted to continuum modelling, but demonstrated the width of macroscopic approaches in the battery modelling. Whereas the talk of Martin Bazant from the Massasuchetts Institute of Technology was still concentrating on basic processes occurring at battery interfaces, Monica Marinescu from Imperial College London focused on the elucidation of degradation processes on very long time scales.

The Monday afternoon session ended with a poster pitch of mainly early career researchers who introduced their posters by short presentations. The poster session after dinner then reflected the high quality of the theoretical research and the computational modelling of batteries on different length and time scales presented in 19 posters, mostly by early career researchers. The posters initiated very lively discussions which were also supported by the nice atmosphere of Castle Reisensburg.

The Tuesday morning session started by a very instructive talk by Andreas Heuer addressing how different scales in battery research can be addressed by molecular dynamics simulations. Christoph Scheurer of the Fritz-Haber-Institute in Berlin concentrated on the intricacies of charge carrier transport across internal interfaces in solid-state batteries. The morning session ended with three contributed talks of Jun Huang (Forschungszentrum Jülich), Max Schammer (Helmholtz Institute Ulm), and Daniel Stottmeister (Ulm University) who covered aspects from transport, solvation effects in electrolytes up to the electrolyte decomposition at electrode interfaces.

The workshop ended with three invited talks of researchers who are still at early stages of their scientific careers. Mohsen Sotoudeh of Ulm University presented a descriptor for the ion mobility in solid crystals that is entirely based on materials properties (ionic radii, oxidation numbers and electronegativity) that are readily available thus allowing a facile identification of promising battery materials with favorable properties. Matthias Neumann, also of Ulm University, demonstrated how stochastic methods can be used to model the three-dimensional microstructure of electrode materials. Finally, Christopher Sutton (University of Southern Carolina, USA) showed how machine learning methods applied to experimental results together with calculated properties can be used to select new favorable electrolytes for lithium-sulfur batteries. The workshop was then wrapped up by the organizers of the workshop, Axel Groß and Arnulf Latz.

The full program of the workshop can be found here:

This workshop brought together two different theoretical communities doing computational modelling of batteries on the atomistic and the macroscopic scale. In spite of the different techniques used by these two communities, from the first moment of the workshop lifely discussions among all participants started. These discussions were certainly fostered by the intimate atmosphere of the conference location, Castle Reisensburg, and the relatively small number of participants. This allowed to continue the discussions which started directly after the talks in the coffee, lunch and dinner breaks and also at night in the “Klause”. This open and friendly atmosphere also encouraged the younger participants to actively interact with all other participants, including the more senior scientists. This workshop presented an impressive breadth of theoretical and computational methods addressing batteries properties on different length and time scales, from the atomistic up to the macroscopic regime. The open atmosphere initiated first collaborations between the two communities which will hopefully be beneficial for the field of battery research. And it provided an excellent opportunity to get to know colleagues of two different theoretical and computational communities at all levels of their scientific career.