The 2018 edition of the European Theoretical Spectroscopy Facility (ETSF) Workshop on Electronic Excitations has been dedicated at fostering the cross-fertilization between different approaches to many-body phenomena, transcending the traditional barriers between disciplines. The workshop therefore brought together experts facing similar problems from different perspectives, for different applications, and often with a different language. Besides discussing application of many-body theories to excitations in condensed matter, i.e. the traditional field of expertise of ETSF, topics covered by the workshop included nuclear physics, quantum chemistry, ultrafast excitation dynamics, quantum transport, topological insulators and novel algorithmic approaches to many-body problems inspired by machine learning and data science.

END_OF_DOCUMENT_TOKEN_TO_BE_REPLACED

Many of you will have heard by now the tragic news that our dearest friend and colleague Alessandro De Vita passed away on Tuesday afternoon. Sandro was killed in a motorbike accident while going to the airport. Commuting between Trieste and London, two most beloved cities for him, was part of his life – a life that he lived so fully.

We have received an outpouring of grief in the last two days that is a testament to how much loved he was, and how strong was his impact in the life of the people that met him – his sharp intelligence, his infinite knowledge, his surprising imagination, his unbridled talk, his mischievous and deeply generous spirit all stood out. And most of all, his passions in life – the friends, the science, the music, the poetry. 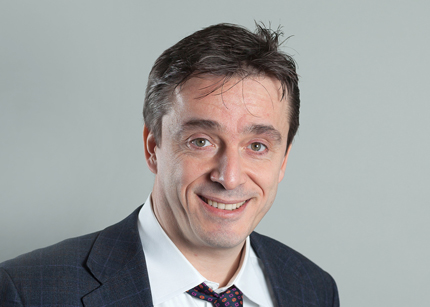 Psi-k and CECAM, to which Sandro gave so much, will think of public ways to celebrate him, and any suggestion would be most welcome. If you wanted to dedicate some of your thoughts to him, he would have had a few suggestions himself. Light a candle, somewhere. Say a prayer. Listen to Glenn Gould play the 25th Goldberg variation – he always said that it contained all the sorrow of the world.

In 2017, the broadest international meeting on DFT was organized for the first time in Scandinavia. Fifty three years passed since the fundamental theorems behind one of the most successful quantum theory of inhomogeneous electron gas were put forward. Already in its original form, DFT was suitable to explain a series of phenomena related to simple molecules and solids. It took nearly a quarter of century when it became robust enough to account for the magnetic ground state of a chunk of single crystal iron. More than a decade of future research was required in order to extend the scope of DFT to complex high-technology materials. END_OF_DOCUMENT_TOKEN_TO_BE_REPLACED

Point defects acting as color centers in solids may realize single photon source and quantum bits that can be harnessed in quantum information processing and nanoscale sensor applications which may revolutionize the info-communication technology, biological research and therapy. The leading contender is the nitrogenvacancy center in diamond which may be considered as a robust quantum tool. Several quantum algorithms and protocols for sensing have been already demonstrated by this center. However, researchers face many materials science problems in order to maintain the favorable intrinsic properties of this color center that can be perturbed by other defects either in bulk or at the surface of diamond that is difficult to resolve because of its chemical hardness and the concurrent stability of carbon allotropes.

Recently, theory-driven search for alternative materials could identify other quantum bit candidates in technologically mature wide band gap semiconductors, particularly silicon carbide, that have been recently demonstrated in experiments. However, the knowledge about these color centers is scarce and only the tight collaboration of experimental and atomistic simulation researchers would lead to a rapid progress in the field. The proposed workshop aims at bringing together world-leading experts in all these fields to improve interdisciplinary cooperation overcoming traditional boundaries between scientific disciplines.