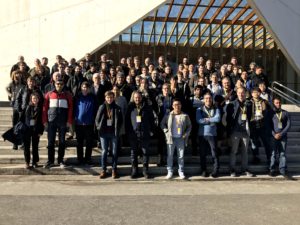 The workshop focused on the most recent developments in the field of electronic structure methods from the first-principles perspective, their diverse applications and mathematical foundations. The numerous approaches that are developed and used in the electronic-structure community provide the foundation for computing many physical and chemical properties of solids, liquids, and low-dimensional systems. However, there are numerous challenging applications for which the level of approximation is insufficient or where computational costs are prohibitive for accurate quantitative prediction of material properties. Therefore, continued efforts are devoted to the improvement of existing methods, and the development of new methods.