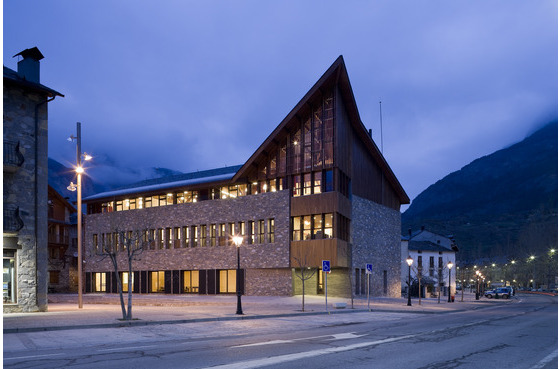 INTRODUCTION
Time-dependent density-functional theory (TDDFT) is but one of the numerous methods used to model the electronic structure in atoms, molecules, and extended systems. Its use is growing fast, as its reliability for many purposes has been sanctioned by many successful applications over the years. The calculation of excitation energies of many varieties of molecules, and the optical absorption spectrum of many solids can be cited as examples. However, in other circumstances TDDFT has to be substituted by more accurate, yet more expensive techniques: advanced correlated post-Hartree Fock techniques, or many-body perturbation theory techniques such as any of the approximations to the solution of Hedin’s equations. Yet TDDFT, as ground-state DFT, could in principle be exact, providing inexpensive solutions to all electronic structure problemas. How can one approach this goal was the starting question for this workshop – and, in fact, it has been the motivation behind the full series of the Benasque Workshop (and School) on TDDFT, since 2004.

SOME MAJOR CONCLUSIONS OF THE WORKSHOP
As stated by Hardy Gross in the concluding remarks of the workshop, perhaps the main conclusion is that TDDFT is still a young discipline. For example, pretty much as it happened with ground state DFT, it has taken a few decades since the “official” birth of the theory until we are witnessing fully rigorous mathematical studies of its foundations (we had one such example in the talk of R. van Leeuwen). Likewise, the youth of the discipline is demonstrated by the fact that it is only recently that somehow “obvious” applications of it, such as real-time simulations of high-intensity laser irradiation of solids, have appeared. Technical and theoretical difficulties slowed the progress of these studies for years; yet we witnessed in this workshop some excellent examples in the talks of K. Yabana, S. Sharma and H. Huebener, for example.

Although TDDFT is all about electrons (at least in its most widely used “standard” formulation), in reality these live in contact with the nuclei. The electron-ion coupling problem must be solved, and in this workshop we had the occasion to discuss the issue thanks to the presentations of, for example, F. Agostini, Ali Abedi, and E. Khosravi.

An exciting topic of discussion was the new developments in the merger of TDDFT and quantum optics. I. Tokatly presented his theoretical work on the formal foundation of a theory that treats quantum mechanically the set of electrons and photons on the same footing. H. Appel also contributed with a presentation full of practical applications, followed by one by C. Pellegrini about a proposal for a functional created for this type of developments. We have no doubt that this topic will grow steadily in the future.

However, the answer to the question stated in the previous section (“how can one make TDDFT approach exact results?”) can only be answered by insisting on the research into better exchange and correlation functionals. This was of course the subject of some talks (such as the one by P. Gori-Giorgi on the adiabatic strictly correlated electrons functional, or the work of S. Refaely-Abramson on hybrid functionals), and as usual in any workshop on density-functional theory, of much discussion at all times.

Highly non-linear light-matter interaction is clearly a topic on the rise. Starting with the inaugural talk of K. Yabana, we had plenty of time to discuss it: K. Varga reviewed his research on nanostructures irradiated with strong laser pulses; and D. Bauer presented his work on correlated two-electron quantum dynamics in intense laser fields, to give just some examples. In this area, TDDFT is a practical alternative, although it was clear from these presentations that serious work needs to be done to achieve predictive power for all materials and processes.

We wish to emphasize that a younger generation of scientist was present during the workshop, since this takes place after a corresponding school, and the forty students that participated in it stay for the workshop. They had the occasion of showing their research during a poster session, and in fact two of them, selected by a vote of the school teachers, could present it in the form of a talk at the end of the workshop. The topics: high harmonic generation in solids (I. Floss), and TDDFT coupled to quantum electrodynamics (N. Hoffmann).

Finally, a word about the potential impact of TDDFT in technology. There are numerous technological processes and areas in which the excited-state electronic-structure of atoms, molecules, and materials (the object of study of TDDFT) is relevant, and therefore the possibility of using a first principles yet affordable technique to model these processes has potential economic benefits. During this workshop, for example, we could see the modelling of proton radiation damage in materials (A. Schleife), or the irradiation of intense laser on materials (K. Yabana, S. Sharma), or studies of conductivity in molecular electronics (S. Kurth). These are areas in which modelling based on TDDFT and related techniques may help industry, by easing the interpretation of the observations made in their research & development processes.

Excited electrons, and excited electronic potential energy surfaces, also play a fundamental role in bio-chemistry. We could learn about the relevance of TDDFT for bio-molecular studies not only during the workshop, but also during the previous school. This is of course an area in which bio-medical laboratories have an obvious interest, and it is to be expected that the more and more convincing TDDFT results will persuade the industry to incorporate this type of modelling into their processes.

META-SCIENTIFIC DISCUSSIONS
The discussions after the talks gave the participants the opportunity to discuss relevant issues around the Science itself:

About codes and computational needs: Fortunately, numerous codes have embraced TDDFT, and are active research tools both for applications and theory developments. This was obvious from the presentations of the workshop, in which we could see results obtained with many alternatives. It should be stressed, moreover, that various of those codes are accessible to all researchers through open licenses, and their implementation and details open and visible for inspection. This is felt as an important issue by a large part of the community.

These codes can nowadays be executed in large supercomputers, thanks to advances in their scalability for parallel architectures. This was also obvious in some of the talks, that presented results for extremely large systems. Despite being praised as a “computationally cheap” alternative, TDDFT requires large HPC resources because many researchers in the field are studying very large nanostructures or biomolecules (proteins, etc).

About events on the topic of TDDFT: Finally, regarding event organization, TDDFT has been reviewed every two years by this series of workshops, since 2004. Also, we used to have a Gordon Research Conference in the alternate years, which unfortunately was discontinued, and which served to fill that middle year, on the one hand, and which was held in the US, on the other hand, in contrast to this European event. This was therefore an important meeting that is now missing. During the workshop, fortunately, N. Maitra and A. Schleife informed of an initiative to hold a TDDFT workshop next Summer in Telluride, Colorado. The goal would be to initiate a US-based series of schools and workshops, such as the Benasque series, in the alternate years. We are therefore convinced that a regular series such as the present one is highly appreciated by the community.

About funding: Many researchers in this field are concerned by the difficulty of accessing funding through many of the usual channels, due to the basic-research nature of the discipline, and to the orientation of many of those channels to more applied science. Oftentimes, basic research in DFT or TDDFT is performed under the umbrella of large projects with a more technologically oriented topic, in which the basic science aspect is regarded as a necessary but marginal sub-project. On the other hand, fortunately TDDFT is approaching the status of DFT, which is now regarded as a standard tool useful for technology and applied science.

PROGRAM
The program can be consulted at:
http://www.benasque.org/2016tddft/cgi-bin/talks/allprint.pl

Most of the lectures of the School, and many of the talks of the workshop, can be downloaded.