In light of the Russian military offensive in Ukraine, we request that announcements relating to events, jobs and other activities associated with institutions supported by the Russian and Belarusian states are not posted to the Psi-k forum. 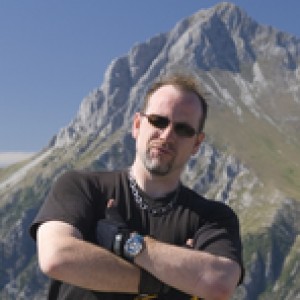 Just a quick announcement regarding an imminent technical update to the Psi-k website.

The site was developed and is currently stored on a shared server at my UK hosting company but, following a recent observation that a small minority of the Psi-k notification emails were ending up in peoples' spam folders, I've now decided to build a new dedicated server and to move the whole thing to that. Not having to share an IP address with bad people who really do sell drugs and fake training shoes, as well as having full control of the internet DNS record, should significantly alleviate the spam issue. The new server is also a much more modern machine and will hopefully be significantly faster.

What this means in practice is as follows:

(1) Don't post announcements on the site for the next 24 hours if you can possibly avoid it.

(1) I will shortly copy over all the Psi-k files and database from the old server to the new server.

(2) I will then spend - let's say - up to 12 hours but hopefully considerably less time testing that everything works on the new server.

(3) I will then update the internet DNS record so that typing 'psi-k.net' in your browser will automatically route to the new server rather than the old one. Everything will then resume as normal, and I will add a reply to this post on the site to indicate that this has been done.

(4) If at all possible, you should avoid posting announcements in the period between (1) and (3). The old site will still work during this time, and will still distribute announcements via email, but the permanent record of the announcement will not appear on the new site.

Let me know if anyone has any problems.

OK this has now been done - the new server is live.

Let me know if there are any problems.

Back to Discussion forum...